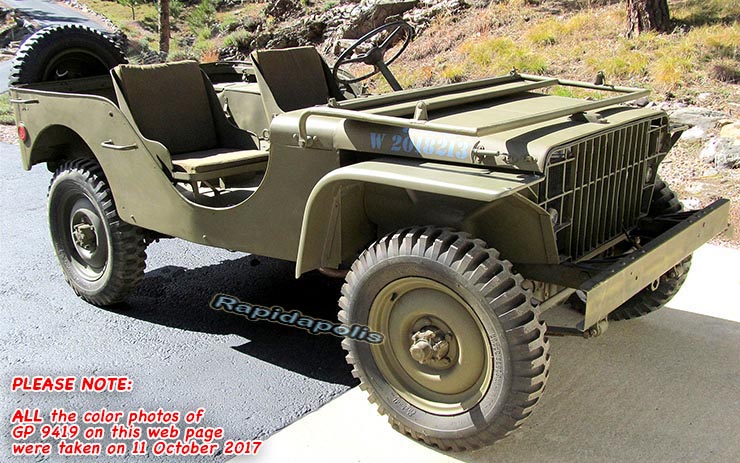 ORIGINS OF THE FORD GP

In November 1940, the United States government awarded contracts to three car manufacturers - American Bantam Car Co., Ford Motor Company and Willys-Overland Motors - that authorized each to produce 1500 examples of THEIR PROTOTYPE VERSIONS of a 1/4 ton 4 x 4 truck / reconnaissance car for testing and evaluation. The US government liked aspects of each of the prototype trucks tested but in July 1941 adopted the Willys version as modified with many of the unique features found on the Ford GP versions. The resulting standardized ¼-ton trucks were the nearly identical Willys MB and Ford GPW of World War II fame, commonly referred to in the field at the time as "jeeps".  Ford eventually produced about 278,000, and Willys made about 369,000 of the standardized U.S. "jeep" during WW2.  Jeep is today a trade name of Fiat Chrysler Automobiles Group. 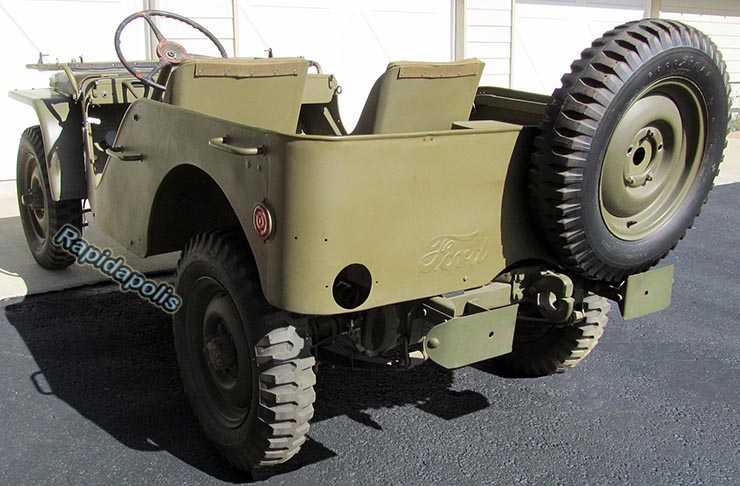 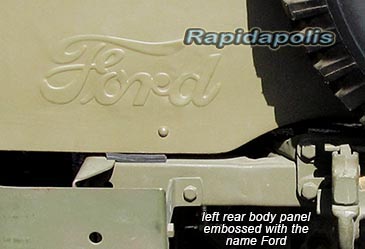 WHAT HAPPENED TO THE
GPs THAT FORD MADE? 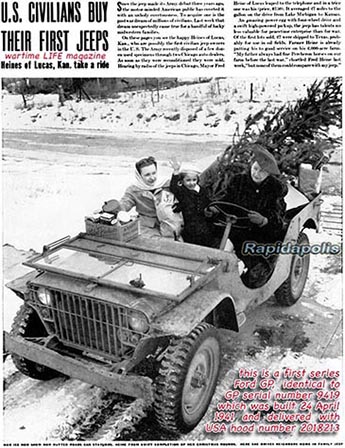 Many of the 1500 Willys-Overland MA, Bantam BRC, and Ford GP prototype 4 x 4 trucks delivered to the US government by their makers were "tested" to destruction, damaged in use, or donated to the governments of places like China (GPs were heavily used there by the American Flying Tigers of the AVG), the Soviet Union, and Britain, leaving the few that remained in the USA to be sold as scrap or war surplus. 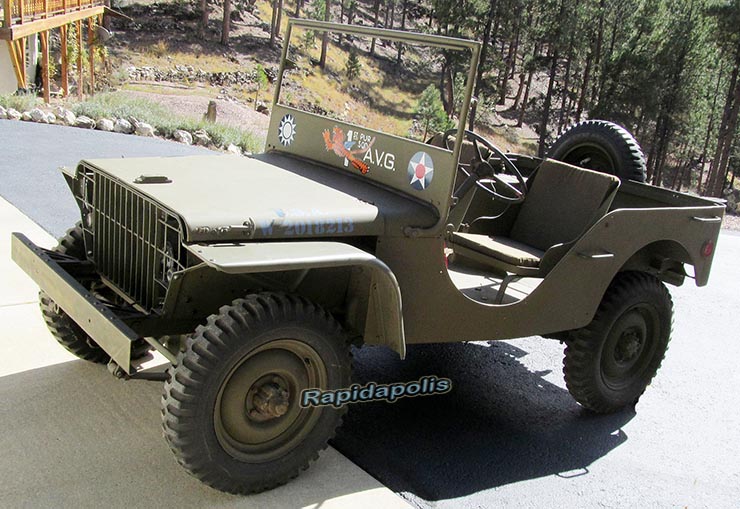 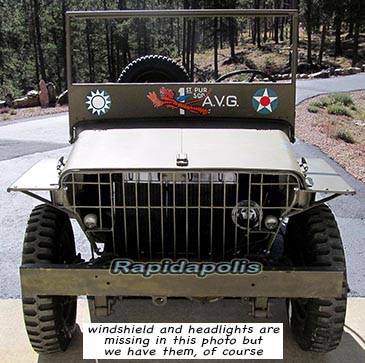 The Ford GP offered for sale here is serial number 9419 and was built 24 April 1941 and assigned the US Army hood number W 2018213 at the factory. Ford GP 9419 was purchased from the family of a hunter at Deer River, Minnesota in 1984 by Willys Mpls. Inc., a company in Lakeville MN that bought, rebuilt, and resold World War II American military jeeps as a business. 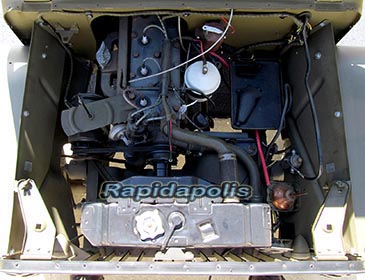 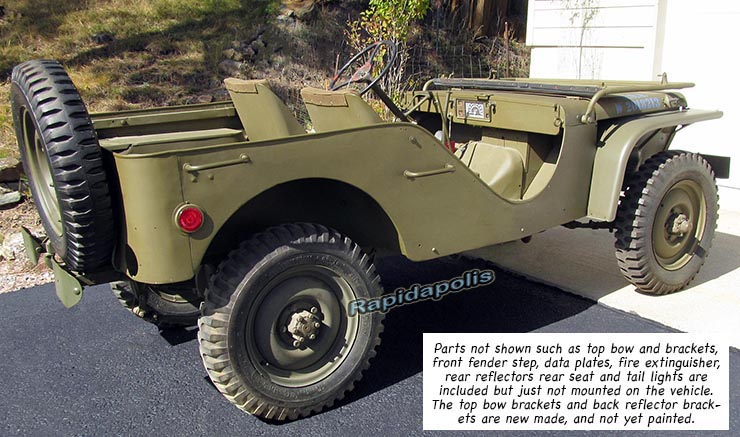 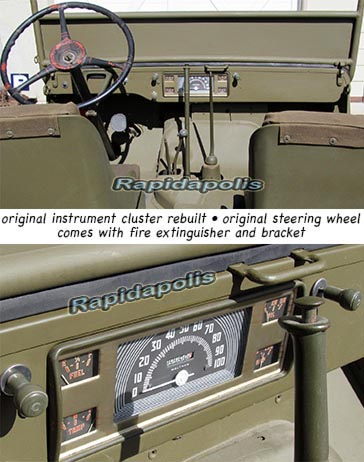 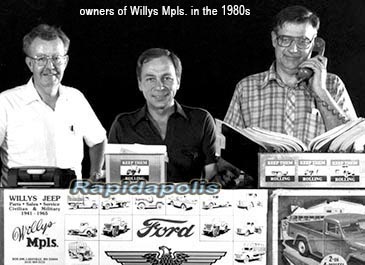 The seller of this GP had purchased it as surplus decades earlier, outfitted it with larger 20-inch tires, and used it for hunting each fall on the low, flat, brushy land near his home. Because of the excellent overall original condition, the low odometer reading, and the round spring eyes of Ford GP 9419, it was sold as received by Willys Mpls. Inc. in 1984 to one of the principles of the company, the man now offering it for sale here.

Many ask why Ford called their prototype 4 x 4 a GP. The reason is simple: Ford made many vehicles for the US government and in the parts numbering designation for many of them (GP, GPA, GPW, GTB, etc.) the G stood for "government vehicle," while the P in GP stood for "80 inch wheelbase." Some observers noted during World War II that if one pronounced the letters GP together, the word sounded like "jeep"! 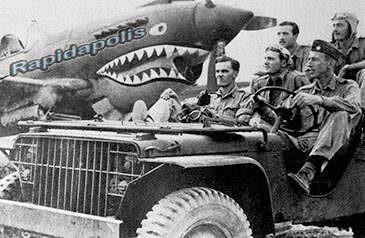 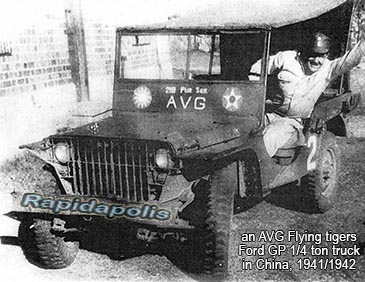 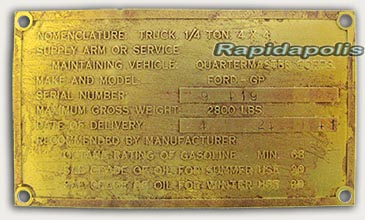 GP 9419 is complete with its original data plates (fairly rare for prototype vehicles) and the data plates match the frame serial number * 9419 * (which is also quite rare for prototype vehicles). As it stands this vehicles weighs a little over 2000 pounds, is about 60 inches wide and 130 inches long. It is 53 inches tall at the top of the steering wheel with the windshield folded down on the hood. It has five non-directional tread 6.00 x 16 tube-type tires with no miles on them mounted on very rare original prototype wheels. 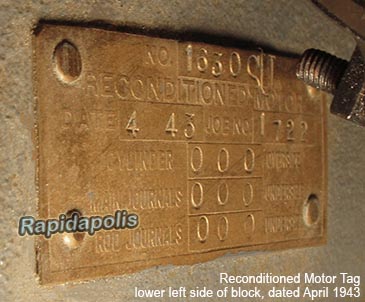 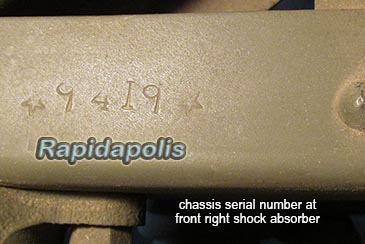 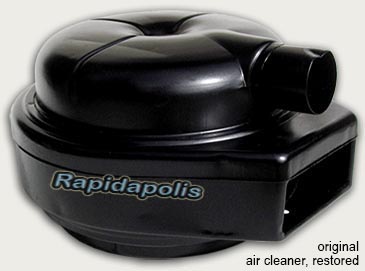 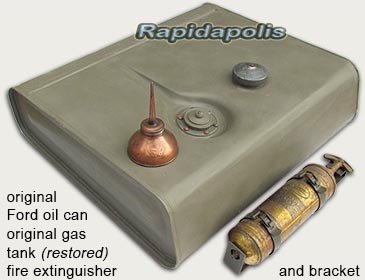 This 76+ year old vehicle is 95% complete and almost everything has been restored or rebuilt by experts - the front and rear end, transmission and transfer case, engine, headlights and taillights, gauges, carburetor, etc. The sheet metal is all original except for the floor pan in the body, and there are quite a few rare bolts and nuts and some new-old-stock parts. The few small things that are missing would not be particularly difficult to find. The vehicle has never sat outside since it was purchased in 1984 and has spent the last 20 years in a tight, dry garage at 4500 feet elevation in the high desert climate of the Black Hills in southwestern South Dakota.

The GP is located only about 20 miles off the I-90 freeway on a good tar road. 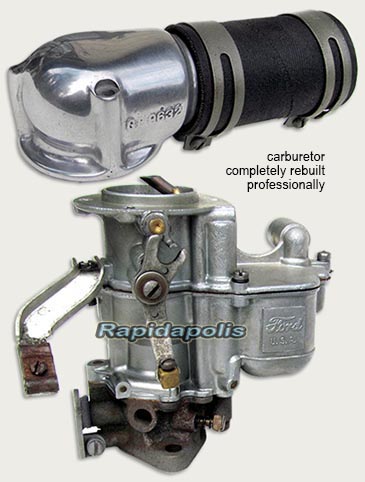